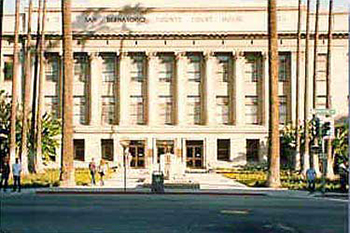 SAN BERNARDINO, Calif. — The California Grand Jury is pushing for a change in Assembly Bill (AB) 109, or The Public Safety Realignment Act, from 2011. Overcrowding has become a major issue in San Bernardino County jails since AB 109 was established. The law was enacted in order to combat the unconstitutional overcrowding and inadequate health care in California state prisons, as decreed by a federal ruling, but overcrowding is now an issue in county jails.

AB 109 worked to re-disperse inmates based on the seriousness of their offenses. Inmates who committed the most serious crimes were kept in state prisons, while those who committed milder offenses were transferred to county jails. Inmates eligible for parole or convicted of non-serious, non-violent and non-sexual (N3) crimes were removed from the jail system and monitored through county probation with GPS ankle bracelets.

Yet in spite of the plan to redistribute inmates based on the seriousness of their crimes, San Bernardino county jails are still housing inmates who committed offenses that earned them 10 years or more of jail time, according to the Grand Jury’s 2012/2013 report from Friday, June 21. These jails are not equipped to house prisoners sentenced to long-term incarceration, for they do not have the proper security measures in place.

The county’s effort to keep up with the demand lags as crime increases both inside and outside of prisons. The San Bernardino County Probation Department hired 100 new probation officers and opened three Day Reporting Centers with counseling and treatment services for adults, but these efforts haven’t been able to keep pace with the spike in inmates in recent years.

Inmates are starting to manipulate the system of sentencing AB 109 introduced as well. Courts can now choose to either sentence defendants to a full sentence with no probation upon their release, or give them partial imprisonment with a period of probation time upon release. Inmates familiar with the overcrowding issues can opt for the full term of imprisonment, knowing they would likely be released earlier than anticipated, according to the grand jury’s report.

While San Bernardino County waits for news of the potential $80 million in state funding for new facilities and facility upgrades to accommodate the law, the grand jury is pushing for a change in the law itself. Changing the law would cut down on the leniency of the current two-way sentencing policy of AB 109, ensure that offenders are serving the appropriate terms for their offenses and help with the overcrowding issue in county jails.

The expansion of the Adelanto Detention Center in Adelanto, Calif., holds promise as a source of relief for overcrowded jails. As the expansion project takes shape, there will likely be a shift in where inmates are housed regardless of state funding or a change in AB 109, according to Cindy Bachman, spokeswoman for Sheriff John McMahon. Yet while this shift will ensure that the highest-risk inmates are housed in appropriate locations, it also entails releasing low-risk offenders potentially prematurely as the county makes room to house inmates appropriately.

An additional 1,692 beds are being added to the Adelanto facility, at which time a currently undetermined number of high-risk inmates will be transferred to the new housing area. The prison will be complete in January 2014. In the mean time, the county is instilling additional precautions to increase safety within its prisons and cut down on inmate crime and escapes.