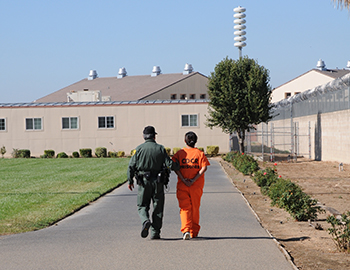 A one-paragraph order said that based on California Appellate Justice Peter Siggins’ confidential report and recommendations, the meet-and-confer process is extended to Nov. 18. On or before that date, Justice Siggins will provide another informal report to the court regarding the status of the discussions and include recommendations for future actions. As such, the deadline for the ordered reduction in population is now extended to Feb. 24, 2014 from the previous extension date of Jan. 27, 2014. The initial deadline date was Dec. 31, 2013.

“We are pleased the court has extended these deadlines and we will continue our efforts both with the court and with our partners in local government and law enforcement to build upon California’s landmark reforms to our criminal justice system,” said Deborah Hoffman, assistant secretary, communications for the California Department of Corrections and Rehabilitation (CDCR).

The extension comes after several back-and-forth negotiations between Gov. Jerry Brown and the three-judge federal panel. In September, lawmakers approved a $315 million plan to bring California’s prison population in compliance with federal orders. The plan calls for the state to contract inmate beds from out-of-state correctional facilities and private prisons in order to reduce the inmate population by 9,000 in time for the federal court’s previous Dec. 31 deadline. At that same time, Gov. Brown requested a three-year extension to the Dec. 31 deadline in order to invest in what legislators believe would create long-term solutions to the state’s prison overcrowding problem.

The one-month extension could signal that the federal judges see some progress in the talks being conducted by Justice Siggins. It came just one week after the U.S. Supreme Court refused to hear the state’s appeal of a lower court’s order requiring California to reduce crowding to improve conditions for sick and mentally ill patients, according to the Associated Press.