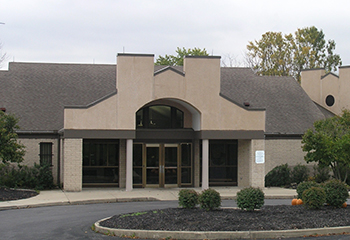 WASHINGTON — A lawsuit filed on March 12 by the U.S. Justice Department may block Ohio juvenile correction facilities from secluding offenders with mental illnesses. The suit seeks a temporary restraining order to limit the practice, and claims that the state has, “systematically violated substantive due process rights of boys with mental health disorders” at several juvenile correctional facilities, causing the offenders “real, irreparable harm.”

Though male youth offenders often receive time in seclusion in response to incidents of violence, the suit claims that seclusion has also become Ohio’s modus operandi for managing mental illness. “In the last six months of 2013, the state imposed almost 60,000 hours of seclusion on boys at the facilities…This court must act immediately to protect these boys from mounting and irreparable harm. The state punishes the boys with seclusion (i.e., solitary confinement) for days on end, often also depriving them of education, exercise, programming and crucial mental health care,” said federal prosecutors in the lawsuit.
The suit particularly seeks to limit seclusion to no more than 24 straight hours without access to various programming such as education or exercise. It also states that youth offenders should not be secluded for more than 72 straight hours, and that physical restraints should not be used in place of seclusion.

Two Ohio correctional facilities in particular were noted in the suit. The Scioto Juvenile Correctional Facility was highlighted as having used seclusion on at least 10 male inmates with mental illnesses. The suit claimed that each inmate had spent at least one-tenth of his stay in seclusion from April 2013 to September 2013.

Circleville Juvenile Correctional Facility was said to have used the practice to a much greater degree on one youth offender who reportedly spent nearly half of a six-month period in seclusion. According to the suit, a second youth offender spent roughly one-third of his time in seclusion, including one instance that stretched up to three weeks.

Kim Parsell, a spokeswoman for the Ohio Department of Youth Services, responded to the suit in a statement. “Addressing youths’ mental health needs is absolutely critical in our work of rehabilitating youth,” Parsell said. “This is why we provide youth with individualized, evidence-based behavioral health services, education, recreation and more.”

Parsell added that the department has, “a responsibility to provide a safe environment for youth and staff, and seclusion is used as a last resort to maintain safety and order so that we can help youth change their lives.” The department continues to offer youth offenders both treatment and programming throughout their seclusion, according to Parsell.

Despite these claims, acting Assistant Attorney General Jocelyn Samuels supported the government’s bid to end the practice. "The Ohio Department of Youth Services must stop violating the rights of youth in its custody through unlawful seclusion," Samuels said in a statement.
Samuels was echoed by U.S. Attorney Steven M. Dettelbach, who said, "The way in which Ohio uses seclusion to punish youth with mental health needs victimizes one of the most vulnerable groups in our society." Dettelback added that the practice reveals, “a serious disregard for the rights of young people with mental health needs in Ohio’s custody."