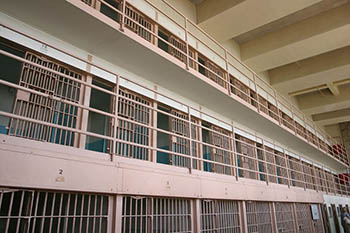 WASHINGTON — Government auditors began investigating the exclusive contracts held by Bank of America Corp. and JPMorgan Chase & Co. to provide financial services in the 121 facilities managed by the Bureau of Prisons.

The investigation comes after The Center for Public Integrity reported earlier this month that the banks have exclusive access to more than 214,000 federal inmates under contracts awarded by the U.S. Treasury Department about 15 years ago. Both deals lack the competitive bidding or transparency requirements for most federal contracts.

Bank of America’s original, no-bid deal with the Treasury Department was worth $14.4 million and contracted the banks to manage federal inmates’ accounts and prison store inventory. That contract has since expanded to at least $76.3 million and now includes electronic money transfers, phone technology and e-messaging. The Bank of America contract has been amended 22 times since it was awarded in 2000, reported The Center for Public Integrity.

The inmates’ accounts hold the money that inmates have earned from prison jobs that pay as little as 12 cents an hour, as well as hold money sent by family and friends, reported The Center for Public Integrity. The money is used for everything from clothing to phone calls to food, and is also used when inmates leave the prison.

It is unclear how much money JPMorgan has made on the cards because the bank’s compensation comes from fees charged directly to former inmates. A Treasury document from 2013 said that about 50,000 released prisoners had been issued cards and listed fees of $2 for withdrawing money from an ATM and $1.50 for leaving an account inactive for three months.

The Center for Public Integrity reported that prison bankers collect tens of millions of dollars every year from inmates’ families in fees for basic financial services. To make payments, some forego medical care, skip utility bills and limit contact with their imprisoned relatives.

U.S. Senator Charles Grassley (R-Iowa) questioned the contracts in a letter sent to the Treasury Department earlier this month. He asked how the deal can protect taxpayers from fraud and conflicts of interest since it was awarded without competitive bidding.