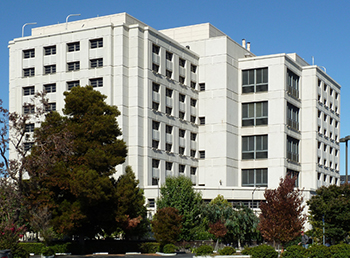 SAN MATEO, Calif. — Following a 4-1 vote by the San Mateo County Board of Directors, Maguire Correctional Facility will undergo more than $5 million in safety renovations and improvements. The upgrades will help to integrate video visitation and will include an overall systems modernization. The project costs will be divided between the sheriff’s office and county reserves.

The Maguire Correctional Facility, also referred to as the county’s main jail or the Redwood City Jail, primarily houses male inmates and provides incarceration and rehabilitative services for pretrial and court-sentenced inmates. The 12-story, 552-bed facility span 200,000 square feet and is located adjacent to the county’s courthouse.

CML RW Security LLC was awarded the renovation bid and will complete work on the facility’s security electronics systems, including replacement of the existing detention doors with a pneumatic door system. The firm will also complete glazing work in the administrative segregation pods and will install a new internal communication system.

Speaking to board members prior to the Feb. 10 vote, San Mateo County Sheriff Greg Munks reported that the Maguire Correctional Facility’s current security electronics systems were old and outdated, increasing safety risks for both inmates and staff, and were becoming costly to maintain.

In 2013 a state committee tasked with overseeing funding applications for local jail construction also recommended that more than $24 million in SB 1022 funding be funneled into physical and seismic improvements on the Maguire Correctional Facility. That funding, which the facility received in early 2014 was also intended to help improve mental health services, as Munks estimates 15 percent of male inmates and 20 percent of female inmates have some form of mental health diagnosis.

“We’re stuck with the building for the next 20 to 30 years,” Sheriff Munks told the San Francisco Examiner in January 2014. “We think that by investing the money, we’ll get more out of it.”

With the support of the SB 1022 funding, the county issued a Request for Proposals in July 2014 seeking architectural and engineering services. The RFP outlined a number of projects, including the renovation of one general population floor into a 36-bed mental health wellness pod, renovation of the existing Correctional Treatment Center into a 10-bed critical treatment space for acutely mentally ill inmates, and improvements to the outdoor recreation yard. A request to also repurpose an existing childcare center into an inmate retail vocational store for job training purposes was later nixed due to a duplication of services in the soon-to-be-completed Maple Street Correctional Center.

The $126 million Maple Street Correctional Center will help ease crowding in both the Maguire facility and the Women’s Correctional Center, and will replace an existing 1970s-era complex. It will initially contain 576 new beds, including 88 non-secure transitional beds, with the capacity to expand to 832 beds as needed. The 93,250-square-foot project broke ground in early 2013 and is set to open later this spring.