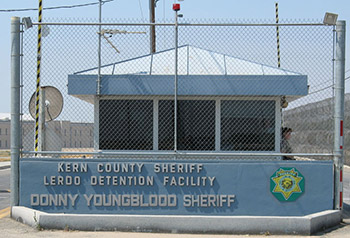 BAKERSFIELD, Calif. — Work on the new $100.5 million Kern County Justice Facility in Bakersfield is on track to begin in August 2015. This first phase of construction is scheduled to wrap up by June 2017, and is being built with the aid of the state’s AB 900 funding allocation.

The 215,000-square-foot facility will sit on a more than 24-acre site that also includes the existing Lerdo Detention Facility, and is expected to create 350 to 400 jobs for the local community. It will feature housing and support facilities for more than 800 inmates, many of whom will be held in medium-security housing units. These units will include an estimated 100 cells each. A 104-bed maximum-security unit will provide specialized housing for inmates with mental illnesses. Four housing control rooms, attorney visiting booths, video visitation areas, various administrative and support offices, and areas for treatment, recreation and educational/vocational programs will round out the facility’s interior.

“We look forward to developing a highly interactive client-project team relationship in order to deliver the most innovative, cost- and energy-effective solutions for Kern County and the Sheriff’s department,” said Brian Cahill, southwest division president of Balfour Beatty Construction, in a statement.

“We are pleased for the opportunity to utilize our combined experience and expertise to help Kern County achieve its objectives,” Cahill said.

As an integrated design-build team, the companies will collaborate throughout the project to meet the county’s goal of building a facility that is safe and secure for inmates, staff, and the public, in addition to delivering it on time and on budget, according to a statement by Balfour Beatty. The project team will leverage lean construction practices and the latest technologies to efficiently deliver the facility

Design innovations include clusters of smaller-scale housing units that are grouped according to detention levels, and support the varying security classifications and programmatic needs of the inmate population, according to Balfour Beatty. Additional features include low-maintenance finishes, energy efficient LED light fixtures, and the use of water-saving landscaping elements.