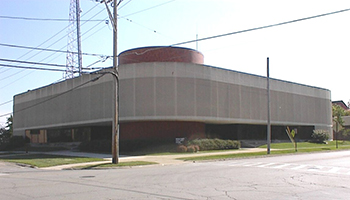 SYCAMORE Ill. — A proposed $32 million expansion of the DeKalb County Jail in Sycamore reached a significant milestone in May when the county’s Jail Solution Committee announced it was preparing a list of funding recommendations.

At present, the DeKalb County Jail regularly exceeds its rated capacity, and local leaders hope the proposed expansion will alleviate crowding for the foreseeable future. The project would also eliminate the need to house inmate in neighboring counties, which has cost the county approximately $7 million since 2007, according to the Daily Chronicle.

Built in 1980, the county’s existing jail contains less than 90 beds, including those in holding cells and work release areas, with a functional capacity of just 72 beds. The expansion project would not only increase the jail’s capacity, but would also add crucial facilities such as a kitchen and laundry area, as well as meeting rooms and other supportive spaces.

DeKalb County completed a jail study in 2004, which predicted significant population growth as the area transitioned from a rural to more suburban landscape. It also noted that the existing jail would likely not be able to keep pace with that growth, as it even then suffered from “a severe shortage of space for housing, supportive services, programs and administrative functions.” A 2011 study of the jail’s average daily population showed that — with the exception of 2009 — the number of inmates per year has steadily risen. The jail regularly averaged 145 inmates last year.

The Daily Chronicle reports that the Jail Solutions Committee will likely recommend the construction of a new facility adjacent to the current jail, along with the construction of a connecting walkway. This expansion would increase the county’s current correctional capacity to 163 beds when fully operational. The proposed design could also accommodate more than 50 additional beds in a shell space should the need arise.

Funding for the project is not yet guaranteed. In 2004 and 2006, DeKalb County voters rejected proposed sales tax increases that would have funded earlier expansion requests. Instead of a third attempt, it is likely that committee members will recommend the use of several different funding streams, including a farm sales tax, landfill fees and monies from the county’s general fund.

In a March presentation, county board members noted that the county would be wise to build sooner rather than later. They specifically highlighted the current low interest rates, increasing construction costs and the financial boost the project would give to the local economy. The presentation also highlighted a desire to keep the project prudent and practical, while only assuming an acceptable risk.

Recent timeline estimates show that the county would likely begin selling bonds as soon as the fall of 2015. It hopes to award construction contracts by the beginning of 2016, with construction kicking off in May 2016 and wrapping up in July 2018.