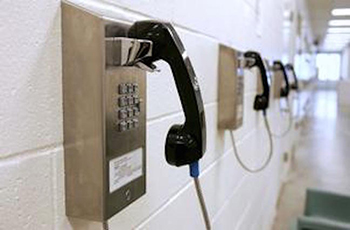 RESTON, Va. — Correctional technology solutions company Global Tel*Link (GTL) of Reston on Dec. 21 announced it will pursue judicial review of a recent Federal Communications Commission (FCC) order that seeks to regulate inmate calling services. In a decision to pursue legal action, the company maintains it is advocating for “a balanced approach toward reining in phone rates…that relies on cost data and which is supported by evidence.”

The legal action specifically challenges FCC Order No. 15-136, which regulates rates and ancillary fees for calls made from U.S. inmate facilities, according to the statement. The caps were recommended by Federal Communications Commission (FCC) Chairman Tom Wheeler and Commissioner Mignon Clyburn in October to ensure “just, reasonable and fair” rates for all local, long distance and international calls made by inmates.

GTL’s argument centers on rate caps, which the company claims are “unreasonably low and based on costs that exclude any payment of site commissions to facilities.” The company’s statement further accused the FCC of exceeding its legal authority, creating a rule that fails to reform the industry, leaving little room for the essential investment in technology and innovation it claims is necessary to advance the industry. The order specifically threatens technology use, development and deployment at many of the country’s numerous smaller jails, according to the statement.

"The decision by the FCC to cap rates and fees, while suggesting that site commissions are not a cost, ignores the body of evidence submitted in the FCC’s proceeding," said Brian Oliver, chief executive officer of GTL. "The FCC’s choice of convenience over political courage to create a fair and balanced solution for everyone has created chaos in the market, with facilities and providers uncertain as to whether certain technologies and essential services will continue to be possible under the current regulation."

In a joint Oct. 15 letter, Oliver, Richard A. Smith, chief executive officer of Securus Technologies Inc.; Curt Clifton, vice president of government affairs and strategic planning for Telmate LLC; and Vincent Townsend, president of Pay Tel Communications Inc., also claimed their companies “would suffer irreparable, immediate harm” under the regulatory approach described in the fact sheet “Ensuring Just, Reasonable, and Fair Rates for Inmate Calling Services.” The company heads added that the harm would be sufficient to support a stay of the order in court.

Wheeler and Clyburn have sought to limit or ban excessive fees on calls, citing research that shows contact between inmates and their families and loved ones during incarceration helps reduce recidivism rates. These reforms are intended to help inmates and their families stay in touch by making calling more affordable, in turn benefitting society as a whole by helping inmates transition more smoothly back into society upon their release, according to the FCC fact sheet.
However, GTL and other prison communications providers have also argued that such technology is a critical component in reducing recidivism as well as maintaining the safety and security within correctional facilities. For it’s part, the company pointed studies have shown that access to technology can help inmates maintain support networks that are crucial to their successful rehabilitation as part of a request that the FCC not impinge on the company’s ability to provide “quality service, state-of-the-art technology, and administrative payments that enable facilities to recoup the costs of providing phone service to the inmate population.”

In addition to the price caps, the FCC changes also aims to discourage commissions paid to correctional and detention facilities by inmate phone services companies to employ that company’s services. While correctional facilities say these funds are generally dedicated to covering administrative, monitoring and security costs related to housing and operating the technology, several senators have compared the payments to kickbacks, according to The Hill.