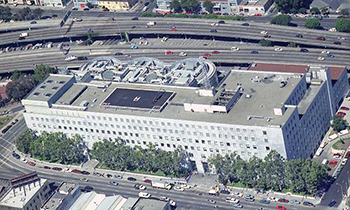 SAN FRANCISCO — The state of California awarded $80 million to San Francisco out of the $500 million in revenue bonds the state issued through Senate Bill 863 to help expand jails after a federal court order to reduce prison populations. While some San Francisco officials, such as Mayor Ed Lee, were hoping to use the money to build a new $240 million jail, the city’s Board of Supervisors voted unanimously against it, calling for better investments in mental health services and rehabilitative programs instead.

Board President London Breed presented a plan to the board that stops the building of the new jail and instead puts into motion ways to identify alternatives to incarceration, while also finding ways to get people out of jail who suffer from mental illness or addiction, reported the San Jose Mercury News. While Breed doesn’t approve construction of a new jail, she still agreed that the Hall of Justice jails No. 3 and No. 4 at 850 Bryant Street are seismically unsafe and should be shut down.

Instead of building the new 384-bed jail, the city is creating a group, including Department of Public Health Director Barbara Garcia and Sheriff-elect Vicki Hennessy, to create an alternative plan to building the new jail adjacent to the Hall of Justice, while also preparing for closure of jails No. 3 and No. 4. Alternative plans are expected by March, reported the San Francisco Examiner.

While the vote will stop the jail from being built, the supervisors did not technically reject the $80 million state grant and have until February to accept or reject it, according to SFGate. They even authorized the $14.5 million purchase of the land adjacent to 850 Bryant, where the new jail would have been built. Several supervisors want to use the state money to create a mental health center or pretrial diversion programs on the land.

Tracie Cone, spokeswoman for the Board of State and Community Corrections, however, said the city could only use the money for the project they proposed, which was initially a jail, reported the SFGate. However, those involved in the debate plan to discuss with State Senator Mark Leno the option of changing the rules to use the funds for other purposes, according to the San Francisco Examiner.

Sheriff-elect Vicki Hennessy said that she is concerned that if the city doesn’t build a new jail, it may cause overcrowding in the current ones, which could result in a re-evaluation in classification resulting in dangerous, difficult-to-manage facilities, according to SFGate. Supervisor Scott Wiener, who has shown support for the jail, said he supported alternatives to incarceration but is also concerned about the lack of jail beds in a city with crime problems, reported the San Francisco Examiner.

As of Nov. 20, the jail population, which has declined over the years, was 1,270, and if the Hall of Justice jails No. 3 and No. 4 were to shut down, there would only be 1,230 beds in the system, according to the San Francisco Examiner.

Mayoral spokeswoman Christine Falvey said in an email to the San Francisco Examiner, “The purchase of the property is moving forward, and the mayor is looking forward to the work on mental health and other jail diversion strategies that will now be undertaken and led by the sheriff’s department and our public health professionals.”