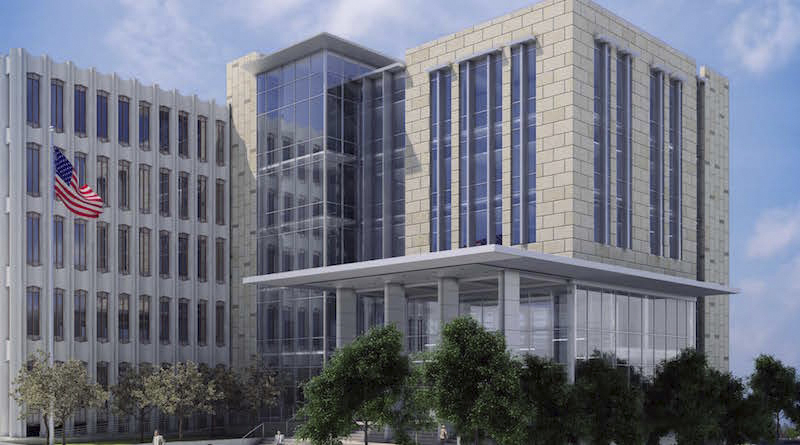 The justice building was originally built in 1967 and connects to the historic Mission building. Debate over how to replace or remodel the courthouse has been ongoing for almost a decade, reported HeraldNet, a local news source. One project that was abandoned in 2015 a week before the scheduled groundbreaking included a $162 million plan to build an eight-story courthouse across the street.

The latest $72.1 million plan passed by the Snohomish County Council focuses on seismic upgrades, improved safety and expanded space for court proceedings as well as finally making the building ADA compliant. The biggest part of the plan includes $62.9 million in remodeling, including building a new five-story tower on the building’s north side with a ground-floor security screening area, modern elevators and restrooms. This remodel would add about 29,000 square feet to expand the courthouse about 25 percent from its current size, according to HeraldNet. The renovation’s seismic upgrades will also help the facility to withstand an earthquake better.

Heery International, with offices in Seattle, is serving as the architect on the project, designing the addition to be both a functional and aesthetic improvement to the building. The addition will use much more glass that allows more natural light into the building and exemplifies the county’s desire for maximum transparency in its justice center, according to Doug Kleppin, vice president, justice, area manager for Heery International. It will serve as a place where the entire community can gather.

“The main goal of the project was to make the Snohomish County courthouse safer and more functional, while saving county taxpayers their hard-earned dollars,” Kleppin said.

The cost of the latest plan would be funded using money from $75 million in bonds that the county sold for courthouse improvements in 2013. The bonds will be paid back through a property-tax increase. About $12 million has already been spent on property and other work related to the abandoned courthouse project as well as on work toward the new renovation plan, reported HeraldNet.

County Council members also approved more than $9 million in additional work beyond the courthouse bond money. Those improvements include updating heating and air systems, courtroom audiovisual equipment and security features. If all goes to plan, construction on the courthouse renovation would begin later this year, with an expected completion date of mid-2020.