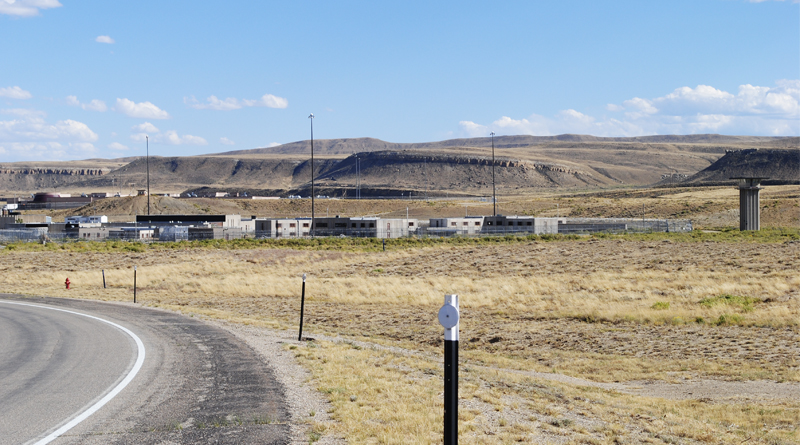 RAWLINS, Wyo. — In the event that the Wyoming State Penitentiary in Rawlins becomes unsafe for inmates, state correctional officials have a Plan B.

The Associated Press reported earlier this month that correctional leaders are renewing an agreement to transfer all inmates currently housed at the penitentiary to a facility owned by Nashville-headquartered CoreCivic should the penitentiary become dangerously unstable. The two entities signed an original contract in August 2016, according to the Associated Press, under the company’s former name, Corrections Corporation of America. The soon-to-be-signed version will include the company’s new name and will recommit the company to housing up to 750 male offenders (providing sufficient space is available in the company’s existing facilities) should the need arise. The contract is valued at $5 million.

Although the Wyoming State Penitentiary is just 15 years old, it has been plagued in recent years by serious structural problems, and lawmakers have remained divided on how to best fund the much-needed repairs. The state formed a 13-member Task Force on State Penal Facilities last year, and in late November 2016 Wyoming Gov. Matt Mead called on the State Legislature to authorize more than $83 million in bonds to begin repairs on the facility. Those repairs were to address a number of serious structural deficiencies, which a report by the state’s engineering consultant blames on poor construction techniques. However, leaders in both the state House and Senate opted in February 2017 to funnel funds into a savings account and eventually put them toward construction of an entirely new facility.

Some lawmakers previously expressed concerns about authorizing this significant amount of money quickly, as repairs are urgently required and the bonding process could be lengthy. Other lawmakers were also resistant to the idea of raising property taxes to fund the project, or preferred to continue assessing the prison’s conditions to see if soils would stabilize. Stabilization could end or reduce future shifting and reduce the renovation price tag and scope of repairs.

In December 2016, estimates put urgent repair costs at roughly $3.5 million, but addressing all issues — including the cracking, disintegrating masonry and rising walls throughout the 820-bed penitentiary structure — could add up to nearly $80 million, roughly the cost of the jail’s construction in 2001.

The extent of the structural issues first came to light in January 2016 when engineer John Lund of Martin/Martin Consulting Engineers, with a local office in Cheyenne, shared findings of a building study that showed the structure’s decline. While Lund reported that the structure remained safe for staff and inmate occupancy, state correctional officials, architects and engineers participated in two days of meetings in June to discuss jails condition and operations.