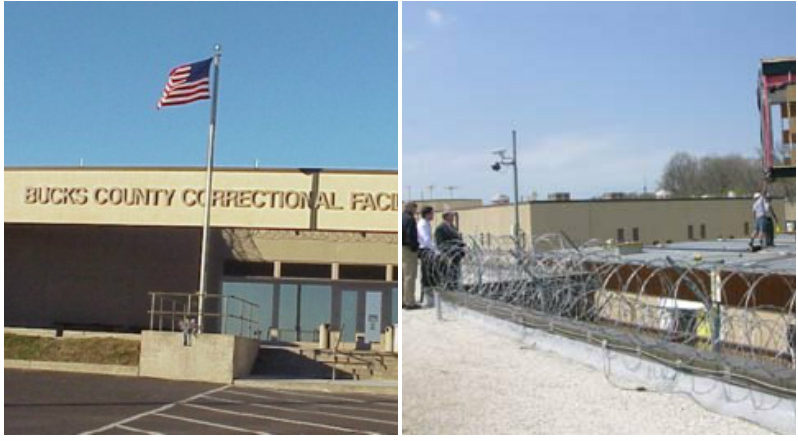 A decade ago, Bucks County's correctional facilities had to undergo temporary expansion due overcrowding. Photo courtesy of Bucks County.

DOYLESTOWN TOWNSHIP, Pa. — There seem to be two ways of addressing overcrowding when it comes to the nation’s correctional facilities — reduce the inmate population via sentence reductions or expand the facilities themselves.

Bucks County, a rural burg north of Philadelphia bounded by the Delaware River, has opted for the latter. Last August, county administrators decided to move forward with a plan to alleviate inmate overcrowding in its women’s correctional center within the secure perimeter of the main prison in Doylestown Township by simply building more of it.

Easton, Pa.-based USA Architects, Planners and Interior Designers was awarded an $812,861 contract through unanimous approval by the Bucks County commissioners. The goal is to complete a conceptual design of a new women’s correctional facility, Bucks County Commissioner Robert Loughery told the Intelligencer, a local newspaper.

Design of the new building has begun in earnest and will blossom 40,000 square feet and include an additional 300 beds. Construction is scheduled for spring 2020 and expected to continue through that year.

“We worked with them for the past three years to look at the problem and come up with a feasibility study for overcrowding solutions,” said Loughery, who also serves on the county’s Prison Oversight Board. “A lot of options were considered, but this one was the best public policy solution as it related to infrastructure.”

Presently, more than 200 inmates have been relocated to facilities outside Bucks County, including at nearby Montgomery County Correctional Facility and Kintock and Hoffman Hall in Philadelphia, according to numbers provided by Bucks County. Compensation to those facilities housing former Bucks County inmates, including transportation costs to and from the Bucks County Justice Center in Doylestown Borough, have exceeded $400,000 for the month July 2017. Additional numbers are not yet available.

According to the commissioner, many separate factors contributed to the overcrowding of the Bucks County facility. Among them were advances in technology, including license plate readers and DNA identification abilities, which has contributed to an uptick in apprehension of suspects under bench warrants. Moreover, Loughery considers the rising, nationwide opioid crisis as a contributor to a general uptick in prison populations. Interestingly, he stressed that inmates were not necessarily being penalized for possessing illegal drugs but were rather committing serious crimes to support their addictions.