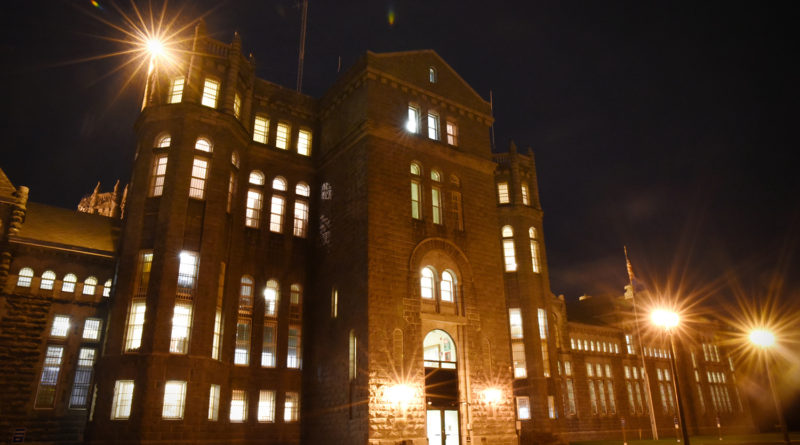 ST. CLOUD, Minn. — When one ponders correctional facility upgrades, the notion of historical accuracy seldom comes to mind. Yet, that’s one of the considerations for the $37 million upgrades soon to come to the Minnesota Correctional Facility-St. Cloud.

Part of the Minnesota state prison system, the facility was built in 1889 as a Level 4, close-security institution with an inmate population of about 1,000 men. These days, the Minnesota Correctional Facility-St. Cloud still holds about 1,000 inmates with a monthly churn of about 400 men rotating in and out of incarceration.

The handsome, granite building (made from stone quarried by its inaugural inmate population), will soon undergo the second phase of a three-year renovation thanks to bonds issued from the state.

The first phase included an upgraded health center, which at its original 6,300 square feet proved cramped, Minnesota Department of Corrections officials opined to the Post Bulletin, a local newspaper. The new health services building, however, will be a spacious 15,000 square feet and includes new spaces to accommodate confidential inmate interviews regarding private matters like personal health history. The next upgrade phase will see improvements in the laundry facilities, a warehouse and inmate intake areas.

Phase II of the renovation will include relocating a warehouse storage area to the outside of the main building. The current location of the warehouse presents security issues, according to the prison’s Security Captain Dean Weis. The unloading area is too small for modern-sized trucks, so the door has to remain open during deliveries. To that end, officials are seeking state bonding to complement security with additional cameras and sensors around the facility’s existing inner fencing.

Hearkening back to the facility’s inception as a reformatory (the prison’s original name was the “Minnesota State Reformatory for Men”), the St. Cloud site has long emphasized rehabilitation through job training. To wit, it maintains a barber program and a masonry program, both of which have persisted for decades. Other trades taught at the facility sound like a list of hipster electives from a liberal arts college: farming, blacksmithing, tailoring and other trades. Additional training programs include facility maintenance such as plumbing, cooking and general upkeep of the 55-acre campus. As recently as 2008, vehicle license plate stamping was one of the prison’s many industries until a technological shift to printing saw the practice move to another correctional facility.

Throughout the renovations, the Minnesota Historical Society has been on hand to provide its feedback, if not blessing, on the reconstruction plans. For example, aesthetic considerations such as the new health center’s exterior palette were overseen by the society so that the resulting concrete is an exact match of the historic site’s granite walls, which were part of 19th century architect J. Walter Stevens’ vision for the original Romanesque Revival structure.

In an account written by historian Denis P. Gardner, “Minnesota Treasures: Stories Behind the State’s Historic Places,” (and, incidentally, published by the Minnesota Historical Society), “The granite barrier all but shouted to those on the outside to be good citizens or else.”