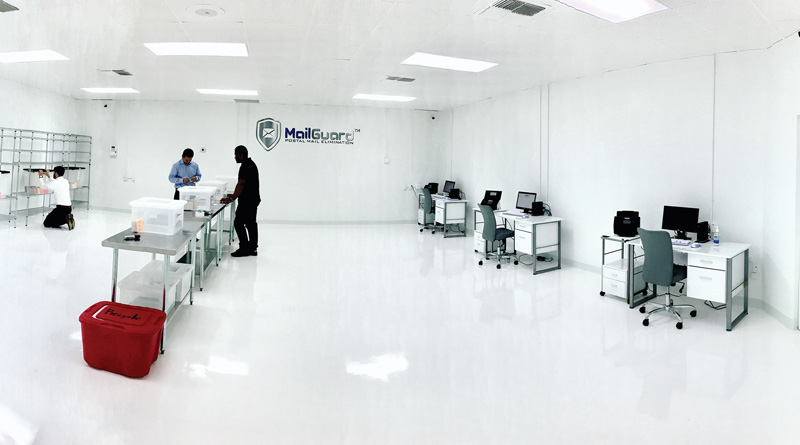 Eliminating or reducing contraband has been a continual challenge for correctional facilities throughout the country. As the growing problem continues to put visitors, staff and inmates in danger, Tampa, Fla.-based Smart Communications has found a solution to stop contraband before it even enters a facility. Smart Communications was founded in 2009 with its sole focus on delivering technology to the corrections market. The company created SmartJailMail.com, the very-first electronic messaging system ever used in a county jail. SmartJailMail is able to electronically digitize all custom inmate paper forms and requests while automating the entire process, according to Smart Communications CEO Jon Logan. In addition to its electronic messaging system, Smart Communications has recently launched its newest technology: MailGuard. MailGuard was created in 2016 and is the first and only postal mail elimination system in corrections.

“MailGuard finally eliminates a major problem and major security loophole that every correctional agency has struggled with since the beginning of incarceration: contraband, labor and secret communication from inmate postal mail,” explained Logan.

The 20-person company prides itself on being dedicated to simplifying correctional operations with technology. In most facilities, correctional officers have to mule through thousands of letters to check for contraband or any other types of threats. In addition, there is no guarantee that something could potentially not be discovered during this process. However, with the implementation of MailGuard, it eliminates the transfer of paper documents but still delivers the same personal message to inmates.

Here is how the process works: First, MailGuard runs in conjunction with SmartJailMail’s messaging system. MailGuard receives the inmate postal mail on behalf of the agency at a local PO Box by the agency, and then MailGuard scans the mail for drugs or contraband. Once that is completed, the agency approves the inmate’s mail and it is automatically sent to the inmate’s SmartJailMail account for viewing on a tablet or kiosk. In addition, Logan explained that all mail is stored for each inmate and is searchable by agency staff at any time, even years after the inmate is released.

“There has been zero pushback or hiccups after a year of implementation in the field,” Logan said. “MailGuard has successfully eliminated contraband and drugs in mail, eliminated manual labor and provided a very valuable new field of intelligence by now documenting all forms of communication in a correctional agency.”