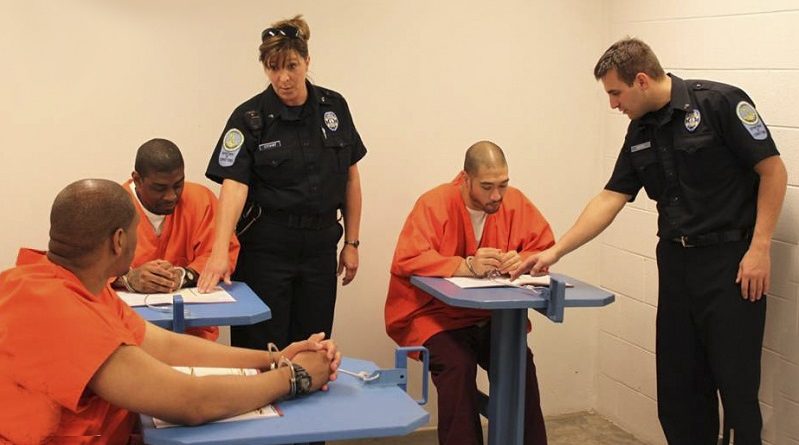 RICHMOND, Va. — The Virginia Department of Corrections (VADOC) has undergone a cultural shift since Department Director Harold Clarke was appointed to lead in late 2010 — and the state has taken notice.

For a second year in a row, the VADOC boasts the lowest recidivism rates in the country since the state department has taken a stance in limiting cases of long-term restrictive housing to be rare and exceptional, for the shortest possible length of time. In May 2018, the governor’s office released a statement commending the department as a nationally recognized leader in its reforms, as the department embraces incarceration practices to better serve the interests of public safety, inmates and taxpayers.

This approach is attributed to what Clarke calls a “healing environment” in the agency, focusing on evidence-based practices, recurrent learning opportunities for staff, applying the latest research and helping with re-entry from the moment an offender enters one of the VADOC’s facilities. That environment includes operating a system without solitary confinement since the formation of the VADOC’s Administrative Step-Down Program in 2011, which allows offenders in restrictive housing to take a more step-by-step method to earning their way to a lower-security status and lower-security housing.

“The VADOC believes that long-term restrictive housing should not be used as a default disciplinary sanction,” said Lisa Kinney, the VADOC’s director of communications.

Following the success of the Administrative Step-Down Program, the department developed a 70-member task force to address the use of short-term restrictive housing and develop system-wide strategies to effectively motivate offenders toward successful reintegration into the general prison population in 2014. In 2016, the U.S. Department of Justice (DOJ) highlighted Virginia’s success in limiting the use of restrictive housing in the DOJ’s “Report and Recommendations Concerning the Use of Restrictive Housing.”

The report noted Virginia’s significant reforms in the part of restrictive housing, and further identified that Virginia was looking at ways to apply the Step-Down Program system wide, according to Kinney.

By April 2016, the department launched its Restrictive Housing Pilot Program, which formed an integrated approach to reduce the need for restrictive housing while simultaneously lowering risk, expanding safety and boosting the probability of a successful return to general population.

On May 1, 2018, the program was applied to facilities statewide to address improved conditions of confinement in the form of individual and group programming, methods to earn good time credit, additional recreation, increased daily out-of-cell opportunities, behavioral goals for progression out of restrictive housing and increased reviews by a multidisciplinary team. ​

The VADOC also focuses on offenders institutionally defined as Seriously Mentally Ill (SMI). As recommended by the DOJ, the department took on the Secure Diversionary Treatment Program (SDTP) in January 2018 following a 16-month planning process. The idea is to divert the assignment of SMI offenders from restrictive housing units to treatment settings at one of three SDTP programs, which are located at River North Correctional Center, Marion Correctional Treatment Center and Wallens Ridge State Prison.

Additionally, the VADOC has developed and expanded the Shared Allied Management (SAM) living units to 627 beds in 10 existing Security Level 3-5 facilities.  The purpose of SAM pods is to strengthen safety and stability for more vulnerable offenders with medical, mental health and fragility issues for effective delivery of treatment and services in a general population setting.

These SAM pods are part of the continuum of services for the seriously mentally ill offenders in treatment units.

Looking to the future, Kinney explained that the department will use restrictive housing unit practices only when an offender’s presence in the general population poses an unacceptable risk to the offender, other offenders, staff or the safe, secure operation of the institution. Each offender in special housing is granted to receive a daily visit from a qualified healthcare provider unless more frequent visits become necessary.

“Restrictive housing shall not be used as a form of punishment,” Kinney stated.