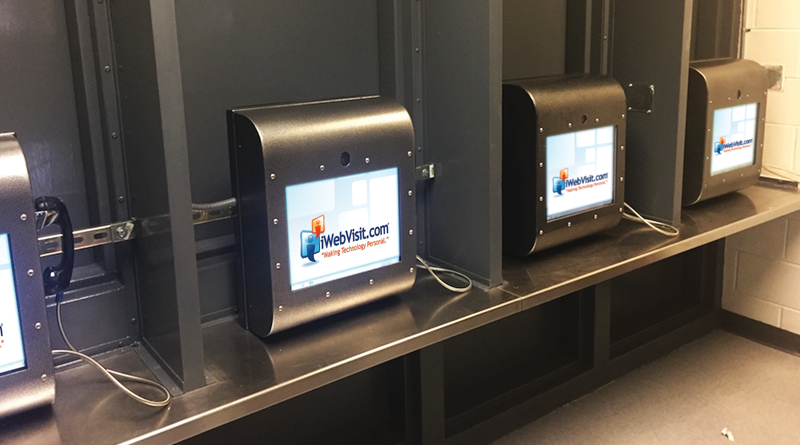 Studies have proven there’s a strong correlation between contact with visitors and reducing recidivism.

As video visitation evolves at correctional facilities, it’s important to know what technologies are available and how they can streamline the visitation process. To gain more insight, Correctional News spoke with David Warren, president of Decatur, Ala.-based iWebVisit.com, about the company’s video visitation systems and what corrections staff should consider when implementing new technologies at their facilities.

Q: What makes iWebVisit’s inmate video visitation stand out from others available to the corrections market?

Warren: The iWebVisit system is more than just a video visitation system; it is a Comprehensive Visitation Management Solution. The iWebVisit solution schedules and manages the entire visitation process. A major reason that iWeb is so different is that the operational parameters for the system were initially co-developed by experienced law enforcement professionals. Including this step in the process ensured that proper consideration would be given to important system features and functions. Continuous improvement is made possible through input from facility staff around the country.

Q: How is this technology changing the rehabilitative process?

Warren: The iWebVisit system provides convenience for family members, friends and program volunteers, and allows them to maintain more frequent contact with inmates without traveling to the facility. Studies have proven there’s a strong correlation between contact with visitors and reducing recidivism. People come to us weekly with new ideas on how to use our system to increase communication, ultimately making the system a more effective component of the rehabilitation process. We strive every day to facilitate communication that leads to real rehabilitation and changed lives. We want more than anything to see people “stay out” once they are released. That’s our goal as a company.

Q: What has been iWebVisit’s biggest success in the corrections market? What has your proudest moment been?

Warren: iWebVisit’s biggest success by far has been the initial development of the world’s first high-volume, REMOTE video visitation and management solution (RVVMS) back in 2010. To address the second half of your question, I am proudest when we receive heartfelt “thank you” emails from family members. We consider this a huge success for our company and employees. Most of these emails are directed to a specific individual on our staff and usually involve the customers telling us how much they appreciate what was done to help them see and speak with their loved ones. In a culture where people can be increasingly cynical and apathetic, it is great to know that our people go the extra mile every day for our customers — facility, family and inmate.

I am also particularly proud when I hear about incarcerated moms and dads who get to visit with their young children without exposing their children to the jail environment. I personally have always felt that it is simply not in the best interest of a child to take them into the jail. In my humble opinion, these trips can inadvertently teach younger children that it’s a normal part of life to visit someone at the jail, but it’s not.

Q: What challenges do you face today or see on the horizon for specifically video visitation technology? And for the corrections market as a whole?

Warren: Concerning the video visitation technology specifically, a major challenge we face today centers around the way systems are procured. In recent years, visitation management technology is in many cases included in the inmate telephone contract. Inmate phone contracts typically rebid every three to five years, and as a result, the citizens of the community (users of the system) end up paying for these systems over and over again. The larger inmate telephone companies can afford to subsidize the purchase of the visitation equipment through phone commission reductions. Our belief is that the visitation management system should be owned by the county just like their jail’s integrated security systems (such as locking controls, CCTV and intercoms). These “mission critical” systems are replaced or upgraded as necessary from a technological standpoint rather than every three to five years when there’s a new inmate telephone bid.

Here’s one quick example that occurred recently. iWebVisit turned in a proposal to sell a county a replacement for their existing VVS system for an all-in price of $64,000. The system proposed would have lasted the county a minimum of 10 to 20 years. When we sell a system, we typically warranty the major components for the life of the system. That county instead chose to get a “free” system from an inmate phone provider who would deduct the cost of their system from phone commissions over a four-year period. In this particular example, when all is said and done, the citizens of that county will have paid over $560,000 for a system that we offered to sell the county for $64,000. A lot could have been accomplished with the approximately $500,000 that was forfeited by the county in order to get a “free” system. Unfortunately, this kind of thing happens on an all too regular basis.