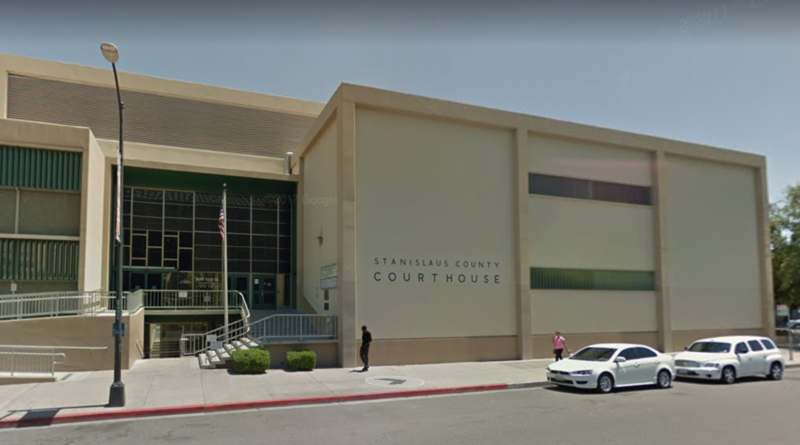 Out with the old: The Stanislaus Superior Court will soon have a new home. Photo Credit: Google

MODESTO, Calif. — Modesto, a city known for having the world’s largest winery (Gallo) and known as the hometown of “Star Wars” creator George Lucas, will soon have another reason to brag — a 300,000-square-foot justice center with no fewer than 27 courtrooms.

The new Stanislaus Superior Courthouse is expected to cost about $262 million and will consolidate seven justice-related service bureaus that are presently in disparate locations throughout Modesto. Besides bringing together various services and inherently bolstering efficiency, direly needed security improvements will be incorporated, including enhanced entrance screening and separate hallways for staff and members of the public as well as those in custody. There will also be a relatively spacious holding area for defendants that heretofore was of inadequate size.

Currently, the Superior Court of Stanislaus County provides services to county residents at the Modesto Courthouse and Hall of Records and from leased facilities in downtown Modesto, all of which have proven to have “deficiencies,” according to the California Courts website.

With the approval of a California state budget earlier this month, which earmarked funding for the project, construction could begin as early as next year. The project was funded via Senate Bill 1407 — legislation that was signed into law in the fall of 2008 and launched a massive courthouse rebuilding program throughout the Golden State. Then the economic crisis occurred, and most projects were frozen.

The Judicial Council of California, which sets judicial policy for the state, said funding for courthouse construction remained in a deteriorated state due, in part, to the state taking nearly $1.4 billion during its budget crisis that it has yet to pay back. Meanwhile, revenue from fines and court fees have precipitously declined.

Now, it seems change is on the horizon, as the recently approved budget proposed the state issue what are called “lease revenue bonds” over the next two years to pay for construction of 10 projects, including the courthouse in Modesto. Thereafter, a general fund would pay back the debt.

Skidmore, Owings & Merrill LLP, which boasts offices throughout the world, will handle the architecture and engineering of the project. Working drawings for the project will be completed in 2018-19 with construction commencing in 2019-2020 fiscal year. A construction manager has yet to be chosen, though an RFP has been issued.