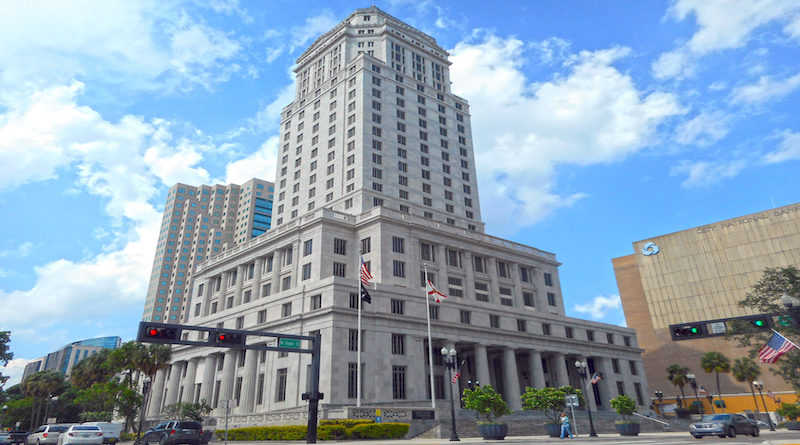 MIAMI — Five development teams are currently in play for the construction of a new Miami Civil Courthouse that is set to start in July 2020.

The Miami Herald reports that the new Miami-Dade County Civil Courthouse will be located on Flagler Street, next to the existing courthouse that was built in 1928.

Miami-Dade Chief Circuit Judge Bertila Soto told the Herald that building the new courthouse across Northwest First Avenue on a parking lot and park space is in alignment with the county’s master plan and pays homage to Miami’s history.

“The master plan calls for history to be part of the reason that the site is chosen, meaning it should have historical value, and Flagler is the perfect place,” Soto said to the Herald. “The master plan talks about proximity to the legal and financial community. All that exists really at both sites, but the difference is the symbolic value of the courthouse being on Flagler.”

After a contentious battle between county officials over selecting the site of the new courthouse, the county has now moved back into a solicitation process of developers for the project, according to the Herald.

“Everybody knows what they’re competing on now,” said Judge Jennifer Bailey to the Herald.

According to Law.com, four other development teams who officially submitted their plans in May include:

The five development teams are reportedly interested in building and running the courthouse in exchange for a stream of yearly payments from Miami-Dade expected to approach $30 million. The Herald reports that the county plans to offset the expense of those yearly payments by selling the existing courthouse as a potential hotel or other for-profit use.

According to the Herald, the new Flagler site is currently occupied by parking lots and green space located between the existing courthouse and the downtown library plaza.

The 1928 courthouse reportedly has a number of issues that includes termites, mold and leaking toilets and urinals. Judges had reportedly warned that the building suffers from so many leaks, mold issues and other failings that it was no longer a safe place to work.

Now that the county is setting a schedule, a commission vote on a final agreement with a developer is reportedly set for April 2020 with construction starting in July 2020.

Reports from the Miami Herald and Law.com contributed to this story.