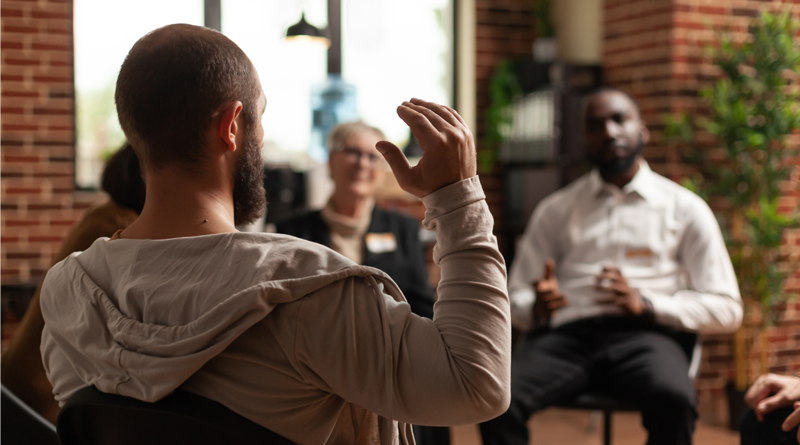 For many incarcerated individuals, their time in a detention facility is their first exposure to regular medical care, including therapy. Photo Credit: YesCare

We’ve seen the same story play out too many times to count: an incarcerated individual serves their time and is released with hope for a better future. But far from being the end of the line, that freedom is usually just one waystation in a seemingly endless journey through the criminal justice system. As leaders in the correctional industry, we have the tools to break the cycle of recidivism. It starts with mental health.

For many incarcerated individuals, their time in prison is their first exposure to regular medical care, including therapy and medicine to manage mental health. But once discharged, they face the incredible challenge of finding these resources on their own – and evidence suggests that without these services, people are more likely to reoffend. A study published earlier this year showed that between 2010 and 2018, nearly half of inmates in Philadelphia County, Pennsylvania, were back in jail within three years after release, but individuals who received behavioral health services were 26% to 38% less likely to return.

Whenever someone commits a crime after being released from jail or prison, it’s both a personal tragedy and a cost to society. According to federal data, five out of six state prisoners were arrested at least once during the nine years after their release, accounting for a major share of the country’s rapidly growing expenditures on law enforcement – even when adjusted for inflation, the costs increased by 62% over two decades to $305 billion in 2017. As the CEO of a major correctional healthcare provider, I take very seriously my duty to patients in my care as well as society at large. We must do better.

One way is by supporting Medication-Assisted Treatment (MAT) — the use of medications, counseling and behavioral therapies – to provide a “whole-patient” approach to the treatment of substance use disorders. At my company, YesCare, we arrange follow-up appointments for individuals after they are discharged and educate them on access to resources in their community. Research has shown that MAT decreases substance use and improves physical and mental health. For every dollar spent on addiction treatment programs, there is a $4 to $7 reduction in the cost of drug-related crimes.

Ensuring access to mental health care takes the work of partners across a community. We know how introductions between local providers and patients can better prepare inmates for release, and that support for jobs and life skills equip them with tools that, over time, lead to better outcomes. Of course, this relationship must go both ways, with correctional care companies reaching out and community providers reaching inward to foster long-lasting relationships with patients suffering from mental illnesses.

At YesCare facilities across the country, we are living these values by expanding our Reentry and Transition Division to safely transition patients into the community, with linkages to these resources nationwide. These services include not only making the connections to community centers that provide beds, shelter and meal programs, but all levels of substance use disorder treatment, behavioral health, mental health and elder care support among others, with the unwavering goal of providing a continuum of care reliant on local and statewide community partnerships.

We can all point to an experience when we have been given a second chance. And while many in the public may feel like the simple act of releasing someone from incarceration is the second chance, reality is more complex. We must work together with community partners to raise the standard of mental healthcare and better support inmates when they are discharged. We can break the cycle of recidivism and stop treating mental illness as a crime. But, to make it happen, we must give the formerly incarcerated a real second chance and commit ourselves to getting members of our communities the resources they need to succeed.

Sara Tirschwell is the Chief Executive Officer of YesCare, formerly Corizon Health. For four years, she was the Chief Financial Officer of Foundation House, an addiction treatment center in Portland, Maine.

Editor’s Note: The above article is a contributed opinion piece.