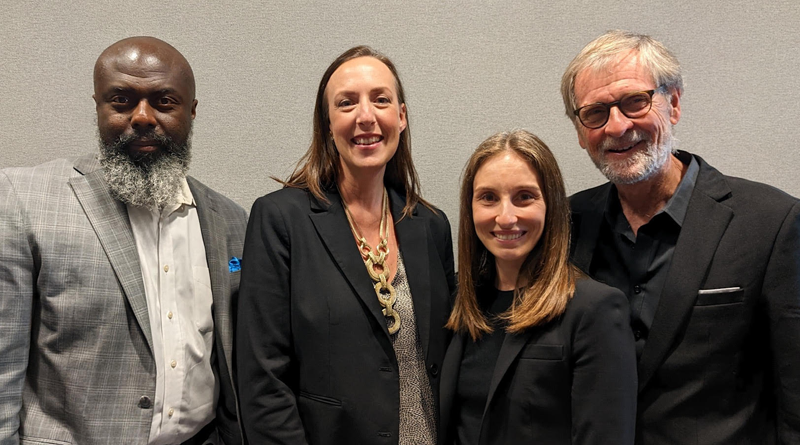 Youth, as has been misspoken, is wasted on the young. If that is indeed true, the topic of this musing is a waste of ink and certainly your time to read it. I recently returned from the Academy of Architecture for Justice meeting in Austin with two gifts: the first was COVID which reminded me that the pandemic remains alive and infectious and second, that rumors of good justice design has peaked is very premature and uninformed.

I also came away with a distinct feeling that the changing of the guard is well underway and remembered that George Bernard Shaw said, “progress is impossible without change and those who cannot change their minds cannot change anything.” Not only did the “next gen” basically organize the conference but participated with skill and insight in virtually all sessions. I particularly liked the post-panel breakout discussions that were moderated and orchestrated by next gen professionals.

Justice architecture, particularly incarceration, is just different from schools, hospitals, banks, and stadiums. None of those building types are supposed to serve as punishment for their occupants. So, what inspires some design professionals to believe that even in jails and prisons, the ultimate mission should be more noble; so much so that an academy was formed to promote the notion that those detained deserve better environments than many citizens want us to provide.

I was definitely the “old guy” in these discussions wanting, at times, to encouragingly suggest that the emerging professionals remove their boots when they stand on the shoulders of those who, against many odds, made justice architecture worthy of an “academy”. Looking back at those who saw the design of correctional facilities as far more than a building type, the names of Robert Mills, Jeremy Bentham, H.H. Richardson first demonstrated that form should follow function and the function should include rehabilitation.

The 1970 and 80’s represent the “golden age” of carceral design with leadership coming from “Buster” Curtis, Sydney Folse, John McGough, Jim Webster, Fred Moyer, Gary Mote, and firms like HOK, HDR, KMD, DLR, and others who got in and stayed in.  This was the era of dynamic security being offered as an operational alternative and direct supervision supporting that through podular design solutions.

Then in the 90’s and “oughts”, we regressed as we responded to the painful time of mass incarceration by largely over-building out-sized structures. There was enough work to keep the Academy members busy but finding distinguished projects to cite in the annual Justice Facilities Review (JFR) was no easy task.

But in the last two decades as the justice planning and design community was challenged by psychologists, sociologists, and behaviorists to use trauma-informed evidence to make choices about form, materials, methods, and appearance. The word “normative” was used more often in design discussions which was supported by examples from juvenile facilities, Shakopee women’s facility, and the Halden prison in Norway. With provocation and encouragement from the behavioral sciences, natural light, color, acoustical innovations, technology infrastructure and many other initiatives began to inspire a different “look and feel” in correctional architecture.

Largely due, in my humble opinion, to a complete misunderstanding of the street protests that erupted in the Summer of 2020 when the de-fund the police and release the prisoners’ rhetoric temporarily altered civil discourse, the American Institute of Architects started questing the intent of and support for an academy dedicated to the design of humane correctional environments. This professional dispute essentially strengthened the resolve of long-time members to demonstrate how the design of carceral environments could be examples of humane treatment rather than dens of punishment that some sought to depict.

This is not to suggest that prisons are better that community-based alternatives or that a holy grail of design standards has been universally adopted, but to acknowledge that like every other building type that is driven by a social purpose, correctional environments can be an integral part of transforming lives. Enter the next gens!

Examples of the influence of next gen designers are apparent from forensic to juvenile facilities. The challenge is can this “new normal” be extended to traditional male jails and prisons? In this regard, I was presented with two interesting questions very recently. The first was “when do norms (think the “normative” movement in prison design) become moral laws (think codifiable standards)? And, what is the responsibility of planners and architects for rehabilitated behavior after release?

The first question is understanding and accepting (or not) that norms are the most obvious patterns arising from cultural influences. Over time, some norms are translated into moral or at least social laws. Perhaps in time enclosed washrooms in double occupancy cells or 24-inch-wide windows will become the norm leading to some form of codification. This means that next gen designers continue to pursue the type of evidence that supports a more humane outcome.

The second question is far more thought-provoking. If a carceral environment has been designed to encourage prosocial behavior using trauma-informed evidence but upon release, the defendant resumes criminal behavior, is there an ethical, moral, or even legal responsibility? By this way, this question was raised by a next gen planner.

Perhaps this is a good way to end this musing with a question that is directed at the next generation of planners and designers. Those of us who have stood on the shoulders of our ancestors have facilitated a return to the belief that environment does influence behavior and now the task is to provide more tangible evidence through design that this can be sustained. The next gen members of the profession are eager and anxious to continue! “Proceed, and be bold”!

Editor’s Note: This article originally appeared in the November/December 2022 issue of Correctional News.