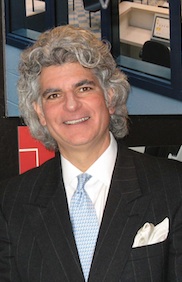 Roger Lichtman is president of The Lichtman Associates; an architectural firm located in Princeton, N.J. His justice facility design and construction experience spans more than 20 years. Currently Litchman is working with the San Mateo County, Calif., Sheriff’s Office on a new jail and he recently completed the Montgomery County, Penn., Jail with Highland Associates. He is also working as an expert witness on two justice related, design/construction, lawsuits.

This article addresses some of the issues that counties and states face in terms of potential conflicts between public bidding and procurement laws and the desire to deliver a quality facility at the lowest possible price, quickly.

Budget constraints in tough times, along with the desire to increase trade participation and competition can result in strange bedfellows and difficult situations, all while trying to complete a project.

Recently, I had the opportunity to provide a report as an expert witness addressing the prequalification of Detention Equipment Contractors. This issue often presents itself in many projects across the country, and the following article addresses the universally relevant issues surrounding this particular case.

Through the late 1970s and early 1980s, the first wave of correctional construction occurred, which was a departure from the way state prisons and county jails were previously designed and built. Many of the new designs and construction projects resulted from a consent decree negotiated between public entities and plaintiffs’ attorneys arising out of a 1980 (civil rights) action. The initial boom was on, and a specialty developed that became known as Detention Equipment Contracting. These specialty contractors would address all the security aspects of a new facility. The overall design and construction industry tried hard to develop the best way that construction contracts should be let and bid. During the growing pain phase of the industry, once a project was completed, all too often a button would be pushed to open a door and the door wouldn’t open. The lock manufacturer claimed it wasn’t his fault. The panel manufacturer, under a separate contract, claimed it wasn’t his fault either. The electrician, also under a separate contract, claimed the wiring was correct. Eventually, the problems would be ironed out after months of shakedown and owner frustration but only in time for the technology to change to such an extent that the system was antiquated by the time it was functional. Owners, architects, and contractors were all shooting at a moving target as the industry progressed.

Fast-forward several decades and the industry has fortunately become more stable, and contractors are more experienced. Although not the only contracting method, a common way to hire a Detention Equipment Contractor (DEC) is to assign all security components and installation, as well as the interface between components, to one firm in one bid package. Furthermore, the Security Electronic Contractor is usually part of the same bid package as a subcontractor to the Detention Equipment Contractor. Even the wiring connecting the components may be part of the same package for which the DEC might hire the Electrical Contractor on-site for the wiring portion of the DEC’s work.

By utilizing this methodology, if the lock doesn’t release when the touch screen or PDA is pressed, all the components required to make that happen are under one contract — the DEC — with no more finger-pointing.

Electricians, contractors, plumbers, and others are required to be licensed, which guarantees a minimal level of competency. In addition, bona fide apprentice programs are in place, which allow a beginning tradesman to enter a field and “learn the ropes.” There are neither licensing requirements nor apprentice programs for DECs. As such, based on numerous experiences of a variety of owners, counties, states, and architects, not all of which have been good, a prequalification of bidders in specialty fields became popular.

On page 998 of the Architects Handbook of Professional Practice, published by the American Institute of Architects (AIA), the professional association for Architects, John A. Demkin, AIA, defines prequalification of bidders as follows: “The process of investigating the qualifications of prospective bidders based on their experience, availability and capability for the contemplated project and then approving qualified bidders.”

I have personally been on job sites where expensive security locks were to be installed in frames that the contractor forgot to have templated for the locks. The contractor’s solution was to cut the frame with a reciprocating saw in the field. The job was shut down until a competent installer was hired. In another incident, a contractor submitted for approval a combination of parts acquired from RadioShack in order to formulate a control panel to operate security locks.

In a prison or a jail facility, security is the heart and soul. Without the entire integrated security system in place and functioning, the building cannot serve its intended function. On any other building type, substantial completion is defined as that point at which a building can serve its intended function, and the warranty period begins, perhaps at approximately 95 percent completion. If a prison or a jail cannot hold inmates securely, it cannot serve its function. Consequently, a jail may be 98 percent or 99 percent complete, but all security systems must be 100 percent complete before it is considered substantially complete.

In all public bidding, a variety of bonds need to be submitted, along with the bid, as part of the requirements. This procedure ensures a level of security to the taxpayers so that regardless of what happens to the contractor, the building will be completed. The fact that a bidder can get bonded does not by itself suggest that the bidder is responsible.

The bond allows the jurisdiction the thinnest amount of protection given the circumstances. If a contractor of any trade defaults and the surety is contacted, the insurance company must now find another contractor to pick up where the first one left off for the remainder of the funds left in the contract. The defaulting contractor was low bid, hence the award. So, number two is asked to step in and complete the work for less than he bid. Assuming this works out with perhaps only a few complications, and there will be some, what happens to the warranties in terms of labor?

The owner (county, state) is now in a precarious position in even the simplest of trades. Despite maintenance bonds, the entire effort prior to, as well as after, may create a nightmare situation for any owner.

If this scenario were to develop on the Detention Equipment Contract, it would be greatly exacerbated. The money issues become secondary. These issues or the threat of these issues occurs daily in the world of public sector bidding and contracting.

Additionally, without prequalification, we can add the issue of technical competence or lack thereof to the issue. If we assume that a Detention Equipment Contractor defaults and leaves the job site, along with having substandard work in place as a foundation for a replacement DEC on which to build, we find ourselves back in the 1970s and 1980s again and pushing buttons with no locks operating, and worse, nowhere to turn. For these reasons, as well as others, prequalification of Detention Equipment Contractors has now become the standard in the secure design and construction industry.

With the possible exception of shipbuilding, design and construction is the only manufacturing process where one does not have the luxury of constructing a prototype, then debugging, and testing again before going into production. Building construction has to be right the first time and, in a jail, when it comes to security systems, there is no margin of error.

Many state statutes address Contracts of County Boards and may address Procedure and Conditions and state something to the effect that “Every contract shall be awarded to the lowest responsible bidder and duly executed in writing.”
In considering this statement, one might ask the purpose of competitive bidding in the first place. Clearly, there are several reasons, one of which is to provide the public with the lowest cost. Another would be to limit the discretion of county officials and perhaps eliminate fraud. History and Hollywood have shown us more than just a glimpse into what could happen if such policies are not in effect. There are many examples of proponents of not-so-legal alternative bidding who are now in federal prison, including the former governor of Connecticut and his contracting associate for a juvenile training school they built. To that end, the elimination of collusion and favoritism is also a notable goal of public bidding, with the award going to the lowest responsible bidder.

The statute may go on to state, “the person to whom a contract is awarded for work or labor for the construction or repair of roads, bridges or buildings shall give a sufficient bond to the board for its faithful performance.”

As discussed, we understand the purpose of the bond. Assuming that the statute was not intended to be redundant, “responsible bidder” means something other than being able to present a bond.

This would seem to indicate that an inquiry into previous performance in terms of competency, history of completion on time, change order ratio, meeting of specifications, and coordination with other contracts among other contracts could be used in the establishment of whether or not a potential contractor was “responsible.”

The American Institute of Architects, which develops and distributes all the standard documents used in the design and construction industry, has developed Form AIA-A305, the Contractor Qualification Statement. This form is divided into six different major sections and seeks to establish a portion of the information that may be called for in a request for DEC Prequalification Submittals.

One would suppose that the qualifications could be submitted after the bids were opened so as to establish the apparent low bidder as “responsible,” but this scenario presents several disadvantages to establishing credentials to be “responsible” prior to bid. First, it creates a difficult climate in that the low bid might not be responsible, but yet the number would have already been made public and may circumvent one of the purposes of public bidding, which is to eliminate any influence. As an example, suppose the difference between within or over budget rides with the difference between a responsible bidder and one who is not whose bid otherwise would never have been opened. The matter is now complicated by knowledge that should never have been an issue.

Second, in fairness to the bidders, preparing a bid can be an arduous, time-consuming, expensive task. One can only imagine the frustration of submitting a potentially low bid only to be rejected as being non-responsible.

Third, once bids are opened, the goal is to move forward, usually within a week of review, and a recommendation is made to move forward and get under way. If qualifications were investigated after bid opening, it could not only lead to a potentially lengthy delay for investigation but could also lead to the potential for an appearance of impropriety in terms of trips, gifts, promises of employment, and more.

As an alternative to having an industry standard, one could suggest that all bidding should be open without prequalification. This industry started that way, and that is exactly why prequalification is so prevalent today. All these facilities are designed and built with taxpayer dollars. It is the county administration’s job to protect the taxpayer and try to secure the best value.

The provision of a jail is an obligation that the county has to the constituency as part of a larger public safety commitment. It certainly behooves the public at large to make sure that their jail is as safe and secure as possible and, to that end, the prequalification of Detention Equipment Contractors is an important step in terms of ensuring a quality product and allowing the general public to expect to be delivered what they are paying for.